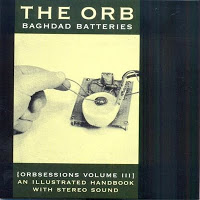 REJUVINATED and recharged, chill-out pioneers The Orb return with a new dance album, Baghdad Batteries.
However you’d be forgiven for not noticing straight away – because their ninth LP gives the listener almost nothing to go on until track four or five.
The effect is akin to being blindfolded by a lover, with these extended ambient sections emphasising it when the group stop teasing and lay on their 90s throwback beats hung over gigantic throbbing bass.
And as a result, Baghdad Batteries is electric.

THE time is right for 11:11, the new album by Rodrigo Y Gabriela, a Mexican duo of two metal fans that play Spanish guitars who had to move to Dublin, Ireland, for their flamenco music to be noticed.
And this cosmopolitan theme is continued on the group’s latest LP, with guest spots from Iranian-Costa Rican flamenco duo Strunz And Farah and American jazz metal guitarist Alex Skolnick.
There’s lots to stroke chins about – not least that each track is dedicated to an act that’s influenced the pair, such as Jimi Hendrix, Dimebag Darrell and Pink Floyd.
But the draw here, as on their self-titled previous release, is the amazing interplay between guitarists Rodrigo Sánchez and Gabriela Quintero, whose energetic strum-and-solo style is simply finger picking good.

○○○○●
HOLLYWOOD hotshot Juliette Lewis‘s new LP, Terra Incognita, is set to land on Monday, and it’s well worth acquainting yourself with.
Produced by Mars Volta member Omar Rodriguez-Lopez, and with a new backing band, The New Romantiques in place of The Licks, Lewis sounds refreshed.
Country and blues tinged rock tracks like Terra Incognita, Noche Sin Fin and All Is For Good see Lewis balancing abandon and accessibility brilliantly, like a drunken Sheryl Crow shooting vultures with a shotgun.

I LIKENED The Dodos 2008 album Visiter to a lovable hobo – their 2009 follow-up Time To Die is the equivalent of washing said hobo and putting him in a suit.
Because although the latest LP is less dishevelled and more confident than previously, it’s also missing some of its original charm.
There’s still a lot to love in the group’s brand of ramshackle psychedelic folk.
But if Visiter, with all it’s critical praise, didn’t crack the UK, don’t expect The Dodos to take off any time soon.

DANCE act Basement Jaxx are to part company with their record label XL – claiming that releasing music isn’t what it used to be.
With the release of Scars next month the group will have fulfilled a five-album deal, and a new contract has not been offered, say the pair.
Former Loughborough schoolboy Felix Buxton said: “XL haven’t offered us a new deal, but I didn’t imagine they would.
“You don’t need a record company now – they aren’t so relevant. All you need is someone to distribute your music.
“Besides, you only make money through touring now.”
Luckily, Basement Jaxx will follow the release of Scars with a tour including a series of North American DJ dates.

ANYONE expected more summery folk-pop chart-troublers on The First Days Of Spring will be as disappointed as Noah was when that pesky whale swallowed his arc.
For Noah And The Whale have had a change since their last effort, Peaceful, The World Lays Me Down, which was typified by the hit Five Years Time.
Demonstrating their love of an orchestra, the group have dropped the pop element, and gone all classical, with seven-minute tracks which rise and fall like movements replacing the pop nuggets – and where before they sang of love, here they sing of heartbreak.
It’s utterly unexpected, it’s utterly enthralling, and it’s utterly brilliant.

PRIOR to this review, I had the impression that Just Jack was a watered down version of The Streets – The Canals, perhaps?
But listening to the opening singles showcase on his new album, All Night Cinema, I had to give him credit.
Curtain raiser Embers is a fantastic track, perhaps his best to date, while sure-fire single 253 and his current single, the tender The Day I Died, show there’s more than just that to Just Jack, real name Jack Allsopp.
Sadly this goodwill was all but gone by the end of the dire dance pop of the appalling Doctor Doctor, and the rest of the London pop star’s third LP continues in this hit and miss fashion.
But despite All Night Cinema being broad and haphazard, I would recommend you give Just Jack a listen, if only just once.

YOUNG Knives are today beavering away writing for the new album, Royal Sunlight.
And if you tweet suggestions of song titles to the band’s Belton born singer Henry Dartnall, @helpmedarling, you could see your suggestions on the track listing.
Earlier today he said: “I need a name for a song.
“If there’s a good one we will use it.
“Meaninglessness to be encouraged.” 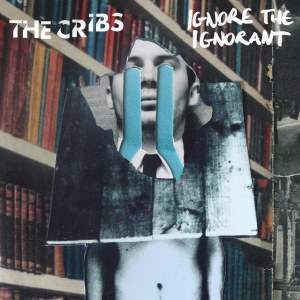 ○○○●●
WAKEFIELD family firm The Cribs have been joined by former Smiths tunesmith Johnny Marr for their new album Ignore The Ignorant.
But it’s business as usual for the Jarmans – just straightforward rock and roll that you’d be foolish to overlook.
Marr’s jangles slot nicely into crisp Cribs compositions such as We Share The Same Skies, adding an extra dimension to the group’s sound.
And while there’s no big hit here that will hoist the group to the top, the solid Ignore The Ignorant will surely continue the group’s steady ascent up the charts. 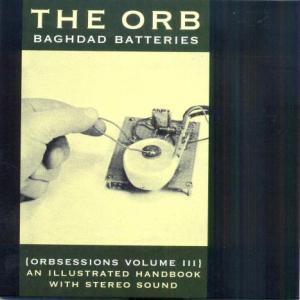 AHEAD of their new album, dance pioneers The Orb are offering an ambient track titled Mutant Ambience as a free taster.
Click here to download the track, which doesn’t appear on the album, and whet your appetite for Baghdad Batteries, which is released on September 7.